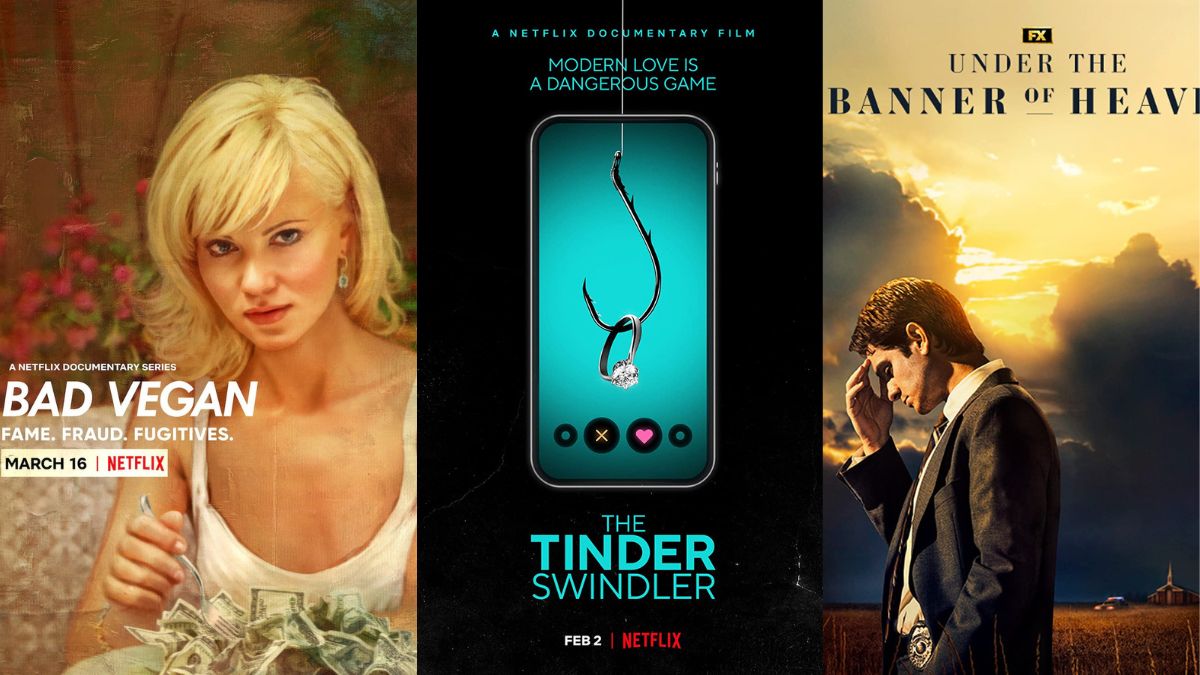 True crime dramas are super addictive and hard to put down – once you start you just want to watch more and, 2022 has been a blessing for true crime fanatics as the year has brought a new series amazing outings. We’re looking at the best true crime releases of 2022 until half the year is up. From Netflix to Hulu, the list consists of the best of all the platforms that you cannot miss if you are a fan.

So grab a notepad and peruse this quick and easy list for all of this year’s best true crime releases. We assure you that each of the names on the list is worth a look!

This recent Hulu release came like a storm and swept everyone away with its narrative and impactful performances from the cast. Created by Nick Antosca and Robin Veith, this mini-series tells the story of Candy Montgomery, the ax murderer accused of having killed his best friend, Betty Gore by slashing her with an ax 41 times! The series stars Jessica Biel, Melanie Lynskey, Pablo Schreiber, Timothy Simons and Raúl Esparza with a total of 5 episodes. Check out the magazine, here.

Julia Garner is a star performer, we already know that from her award-winning Netflix role Ozark. But it’s the OTT platform’s true crime series dealing with Anna Sorkin’s fraud that actually lets you fall in love with the incredible actor that is Garner. Created and produced by Shonda Rhimes, the 9-episode series is based on the New York article How Anna Delvey Tricked New York’s Party People by Jessica Pressler. You can watch it, here.

The infamous story of Michael Peterson murdering his wife Katheleen Peterson has found a way to reignite in our minds thanks to the HBO Max miniseries The Staircase, based on the 2004 true crime docuseries of the same name. created by Jean-Xavier de Lestrade. The show is created by Antonio Campos and features Colin Firth, Toni Collette, Juliette Binoche and others in major roles. You can read our review for this by click here. Watch the series, here.

Under the banner of heaven

The darkness of fundamentalist Mormon culture is at the heart of this Hulu miniseries. Based on the non-fiction book of the same name by Jon Krakauer, the show has seven episodes and is created by Dustin Lance Black. Starring Andrew Garfield, Daisy Edgar-Jones, Sam Worthington and other big name actors, you can check out our review of the show, here. It is currently airing on Hulu as good as Disney+ Hotstar.

From the creator of Don’t f**k with the cats: Hunt down an internet killer, the Tinder scammer on Netflix is ​​a documentary that tells the true story of Israeli con artist Simon Leviev aka Shimon Hayut, who used eponymous dating to connect with individuals and then emotionally manipulated them to financially support his lavish lifestyle. Our film review is available, here. To watch the 114-minute documentary film, Click here.

Founder of the infamous Theranos Corporation and apparent up-and-coming Steve Jobs, Elizabeth Holmes made headlines with the scam and fraud she committed with her company. Hulu’s The Dropout threaded the entire Holmes story across eight episodes and starred Amanda Seyfried as Elizabeth Holmes and Naveen Andrews as Sunny Balwani, among others. You can watch the series, here.

We all laughed at those vegan jokes thrown across the room, but Netflix really went the extra mile by giving us a chilling reality check about vegan living. Directed by Chris Smith, bad vegan is a 4-part documentary series about vegan restaurateur Sarma Melngailis, who illegally wired money to her husband so he could pay a deity to bestow them with immortality. Check out our review of the show, here and look at it now, here.

Suicide is a serious offence, but assisted suicide? What if you push someone over the edge to commit suicide? It’s scary, right? Well, Hulu Plainville’s daughter revolves around these particular themes telling the story of the events leading up to Conrad Roy’s death and how his girlfriend Michelle Carter was convicted of manslaughter. Created by Liz Hannah and Patrick Macmanus, the series is available to stream on Hulu and Amazon Prime Video. You can read our review of the show, here.

When it’s a real crime, it becomes more real when you watch/analyze it from the perspective of the authorities – the police, investigators and more. Netflix has released the second season of its very famous docuseries catch killers produced by Simon Dekker and Diana Sole Walko in 2022 and, true crime fans jumped plot for the final season offered to them. Click here, to read our review of the show. spread it, here.

The Puppet Master: The Hunt for the Ultimate Trickster

A harrowing docuseries about a cruel con artist who poses as a British spy and manipulates and robs his victims, leaving families ruined in his wake. Directed by Sam Benstead and Gareth Johnson, this is a 3-part docuseries. You can read about it, here. Watch the show now on Netflix.

Read also : Love and Gelato Ending Explained: Who Does Lina End Up With?

The worst roommate ever

Roommates are the buddies you need to help you out in times of need. But, what if your roommate is a living nightmare? Well, this 2022 Netflix documentary series tells four different stories about malicious and violent roommates who turn the lives of their unsuspecting victims into veritable nightmares. You can read the review of the show, here. Look at this, here.

Web of Make Believe: Death Lies and the Internet

Telling five different stories, spread across six episodes, Netflix’s latest release is an anthology telling the stories of people caught in the dark and twisted web of modern misinformation and digital deception. From director Brian Knappenberger, Luminant Media and Imagine Documentaries, you can check out the series review, here. Watch the series now, here.

Are you a fan of true crime dramas? What are your favorite releases of 2022 so far? Let us know in the comments below!