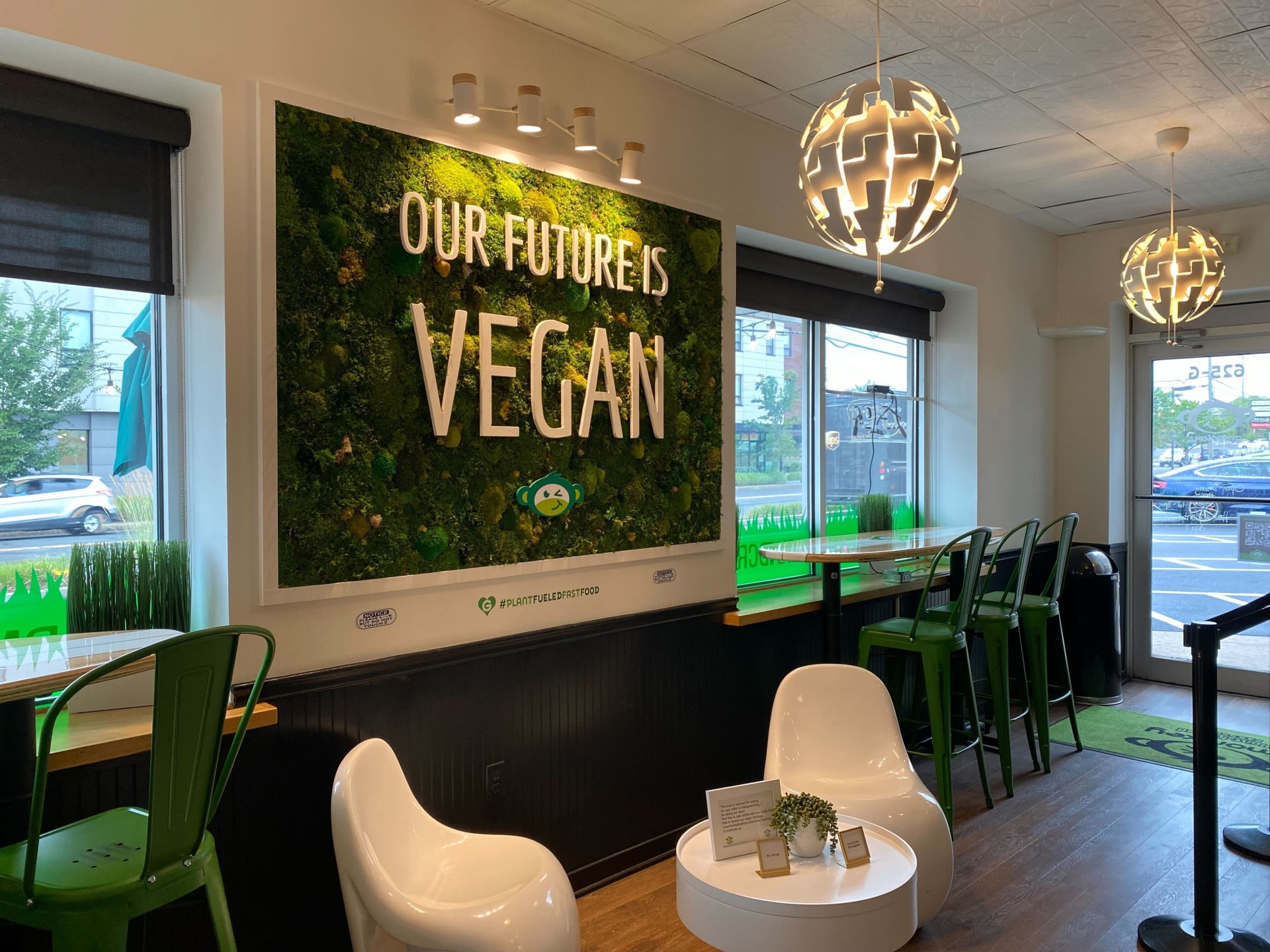 The new concept is a spinoff from their popular G-Monkey food truck, featuring some of the mobile restaurant’s most popular dishes, and their former G-Zen restaurant in Branford, which closed in April. Although the couple said they struggled with the decision to close their Branford restaurant, which opened in 2011, they felt that fast service would be the best format for the future of their brand.

“We think this is the wave of the future,” Beach said. “There will always be seats [dining], but we knew that to reach the masses, we had to be more visible, next to a Chick-fil-A or a McDonald’s. We need to be front and center with other quick service outlets.”

Shadle said in March that G-Monkey truck customers have been asking them to bring the concept to greater Hartford for years. They have a fan base in the area thanks to frequent stops at Forge City Works and Coventry Farmers Markets, and they’ve also made appearances at GastroPark, West Hartford’s food truck park just down the street from their new brick and mortar.

G-Monkey’s menu is inspired by the truck and the old Branford restaurant, with a few new additions. The truck’s homemade black bean “Zen Burger” is available with toppings like caramelized onions, “nay-yo” vegan mayonnaise, and homemade vegan cheddar cheese. A “Brava Burger” is inspired by the couple’s second home in Culebra, Puerto Rico, with grilled pineapple, sriracha and smoked maple-coconut “bacon.”

Other specialties include the “feisty monkey” pasta bowl with a homemade spicy peanut and cilantro sauce, and a poke bowl with kimchi, beets, carrots and a fake “tuna” made from chickpeas. . Soups, salads, children’s dishes and beach herbal tonics and elixirs round out the menu.

Desserts include vegan and raw options, like New York-style cheesecake made with silken tofu and served with a berry coulis, and cocoa mousse, made with avocado, old-fashioned cocoa and Maple syrup. Beach also makes raw truffles with cocoa and dragon fruit, and the couple hope to add soft serve ice cream made from oat milk to the menu.

All items are served in compostable packaging made from plant-based fibers or plant-based starches, including take-out boxes, cups, utensils, napkins and even cups for G-Monkey’s homemade ketchup.

The concept of fast-casual is something Beach and Shadle have been talking about for about five years, Shadle said. They searched for new locations in Branford and other towns, but they remained empty. Beach had originally written off West Hartford as an option, initially imagining a site in downtown where they would not have their own parking lot.

But when the New Park Avenue space became available after Citizen Chicken & Donuts closed, they rethought their plans. It was ideal for what they wanted – ample parking for their guests and their food truck, on a busy road with other restaurants, and close to nearby apartments and the Elmwood stop of CTfastrak.

Prior to opening the G-Monkey truck with Beach, Shadle was previously the executive chef and co-owner of It’s Only Natural (ION) in Middletown for 22 years. He has also won medals at the Culinary Olympics and was invited to cook at the White House by first lady Michelle Obama in 2010.

Beach and Shadle plan to open more G-Monkey locations, and they hope to return to shore at some point. They are open to franchising or licensing the concept.

“We are open to all possibilities,” she said. “We have already received offers [to open in other towns] but we really want to get it [location] hum.”

“When I was first doing this 30 years ago, there were a handful of vegan restaurants [around the country]in New York, San Francisco, Chicago,” he said. “Now small towns have vegan options…you really see a big change.”

“We welcome all kinds of people. It’s always been that way,” he said. “Now it’s people who eat vegan once a week, or once a month… We try to be really welcoming.”

G-Monkey is open from noon to 8 p.m. Tuesday through Saturday (closed Sunday and Monday.)

The Ingredient That Matters Most When Making Keto Mayonnaise