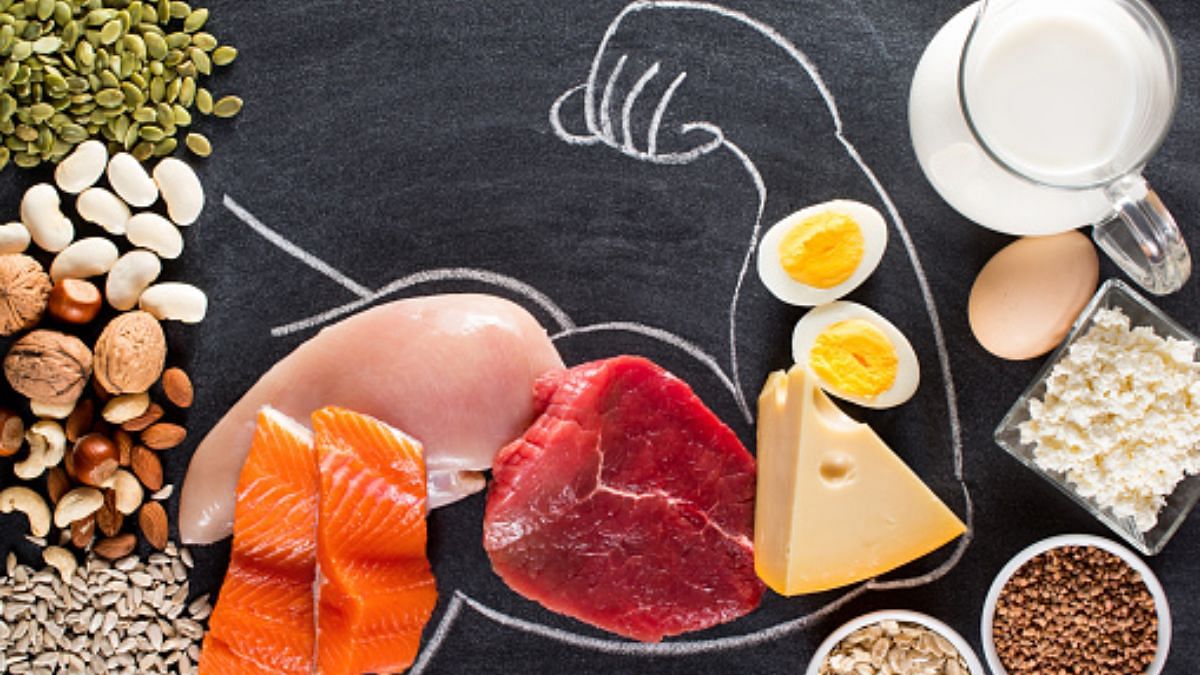 Protein is a powerful nutrient. But here’s why too much can be dangerous

A the protein craze seems to have conquered the world market. From fancy whey protein shakes to expensive protein bars, people seem to be skimping on every nutrient but this one.

With the onset of Covid-19, protein supplements have gained prominence for their apparent ability to boost immunity. According to a two-week survey by nutritional supplement maker Glanbia PLC, 21% of people surveyed in the United States said they ate protein bars to boost their immunity in the first week of March, a number that has risen. to 23% during the second week. . A market analysis also revealed that whey and casein were the most consumed animal-based proteins in 2021.

Simultaneously, the demand for plant-based proteins is also increasing due to their popularity among vegan, vegetarian, climate-conscious, and dairy- and egg-allergic consumers. However, a high protein diet is not for everyone.

Read also : Your modern diet is contributing to climate change – but here’s how you can fix it

Protein is essential for optimal health. An average adult needs 0.8 to 1 gram of protein per kilogram of body weight per day. Although how much protein to consume per meal is still up for debate, Harvard Medical School suggests that an individual should consume at least 10% of their daily calories as protein.

Additionally, results from a 2015 study suggest that 25-30 grams of protein per meal may improve appetite, body weight management, cardiovascular risk factors, or all of these outcomes. Protein deficiencies lead to muscle atrophy, delayed wound healing and weakened immunity.

However, these results are seen in people with severe protein deficiencies and eating disorders. Often people drink protein shakes after intense exercise to repair damaged muscle tissue. This however is not appropriate for an untrained gym goer who does not engage in strenuous physical activity.

In a 2014 sports nutrition study, it was found that consuming protein supplements had no effect on lean muscle mass or muscle strength in untrained people. According to a 2020 study, protein supplementation worked well with intense exercise programs, but was not effective for everyone.

Therefore, for most people who exercise, a daily protein intake in the range of 1.4 to 2 grams per kg per day is sufficient. In addition to these people, the elderly, young children, people with special needs and some medical conditions need more protein than recommended.

Read also : Who said drinking in moderation was good for your health? Try good vegetables instead

Among supplements, whey protein is the best because it is quickly absorbed after consumption. According to the Journal of Applied Physiology, whey protein is absorbed 70% faster in the gut compared to other supplements containing casein and soy protein. Therefore, these proteins are preferred by people who lift weights or do other types of strength training.

Weight loss is also linked to high protein intake combined with calorie restriction, but whey protein was not shown to perform better than whole foods in defining these results. So protein shakes are just simple and convenient alternatives to whole foods without added health benefits for those who do not engage in strenuous physical activity.

Protein intake in India differs from that of developed countries. Our country always strives to ensure protein safety for its citizens. The disparity in access to affordable and healthy food among socio-economic classes in India is concerning. In many parts of the country, the vulnerable population, which includes young children, pregnant women and the elderly, remains at risk of severe acute malnutrition.

According to the Global Nutrition Report 2021, India is on track to tackle breastfeeding and nutritional anemia, but falls far short of rivaling other Asian countries in managing childhood wasting , a condition directly linked to the lack of high-protein diet.

While the Indian Council of Medical Research (ICMR) suggests between 0.8 and 1 gram of protein per kg of body weight per day, protein intake in India barely reaches 0.6 grams per kg per day. Additionally, a 2012 study mentioned that 60% of India’s total protein intake comes from cereals with relatively low digestibility and low amino acid content.

However, recent data from the National Health and Family Survey (NFHS-5) indicates that the consumption of meat, fish and eggs has increased significantly among Indians aged 15-49. These foods are considered complete sources of protein providing all essential amino acids. Given this trend, it remains to be seen whether India will overcome its protein deficiency in the coming years.

Excessive demand for high protein intakes fuels the production and distribution of synthetic protein supplements, leading to increased consumption. The side effects of high protein intake on various organs are not well understood by the general population. Protein consumption should be individualized, goal-based, and specific to the nutritional target of different countries.

Save $130 on your first four boxes of Meal Kits